No change, no work done - I dream Im drowning and have to fight the panic of not knowing whether to float up or down when any direction is an unknown. No acknowlegement from the Hub Gallery of my images - should write and see if they got them but fear rejection.
Enervated all the time. Don't know if its better to work or not to. Both states undesirable, it seems.
Posted by vanilla beer at 11:58 No comments:

Wow 20 plus days since activity:(
No wonder Im barking mad.
Drew on Monday though - very good fun except totally wiped out afterwards. Clare was the model. Work not good but the flow drove me immediately which was a relief.
Like riding a wave. Not that Ive ever ridden a wave, but.... hop on and follow the flow.

Today I hear Ive got through round one of the National Art Open expo. One the one hand this is good. On the other I now have to get the painting - currently in Greenwich - to Pullborough in a tight time frame and be prepared to collect it again if not selected.

Have texted Peter Clossick who according to the NOA website was in it two years ago - if hes in this year he lives near enough to me to help, perhaps. If not... dunno.

Been in the studio. Its horrendous. Turned everything in progress to the walls and looked at the complex and spacially aware spiderwebs.
Posted by vanilla beer at 12:13 No comments:

Bob in hospital with a detached retina, op tomorrow - one of my most haunting fears. He dosent seem too peturbed though he may not know what it all means and who will tell him? Not me, not yet.
Then a months recovery, with no movement. This may mean I get lots of time to paint - or totally none. We'll see.
Terrified for him.

Posted by vanilla beer at 13:26 No comments:

Its a monday. Im in Esperaza. Alors; drawing. But OB is in hospital and I had to recieve the keys, open the shop and generally be him so I couldnt really focus. Haven't looked at the work - Ian modelling - and dont want to. The perenial cry of WHY is rampant again - though I have half an idea about falling men and got Ian on his back to model for that, with (I think) some sucess. But can't see me doing the painting, at least not for a while.
Cobwebs over the studio when I went there to get drawing materials.
Posted by vanilla beer at 08:07 No comments: 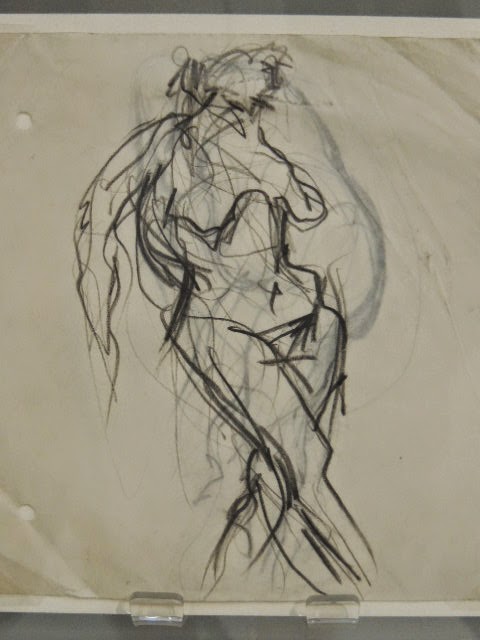 Been in London, done no work but visited a lot of expos. Nearly a month, I see; not sure that I can do anything again, though probably will. Trashed the leaping men painting before going.

Here are two drawings by Gustav Metzger done in the 1950's which I loved - from the Tate Britain show on the nude. I met GM at a conference at Goldsmiths many years ago where he gave me a message for Kitaj. On passing it on, Kitaj looked blank and then roared with laughter; 'is that madman still alive??' he said.

GM needed a room and wanted to move into my house... if I'd seen his work may have taken him in:)

Did lots, very upset by my brothers death, finding everything hard. Now dear Ole-Bendik is in hospital with double pneumonia and heart stuff. 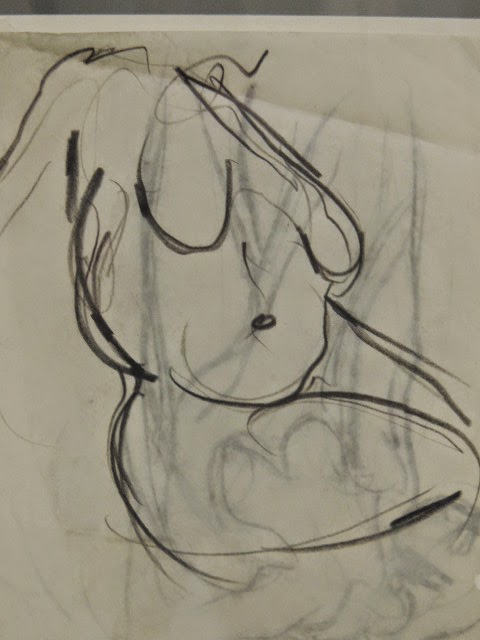 In London also saw the Abramovitch at the Serpentine (boring and a tad pretentious) the Matisse cut-outs (fabulous - able to see how he applied his paint, how he cut, what changes he made), The RA Summer Show (Min has a large print in) Folk art at Tate Britian (piss poor) and stock shows everywhere. Dunno what Im looking for but expect to recognise it when I see it.
Posted by vanilla beer at 14:14 No comments: