- been ill all week, wretched bug. Not that bad except for the first 24 hours where death seemed imminent. Now debilitated. Got up yesterday to go drawing; the team had planned a weekends pose, Friday evening, all Sat and Monday morning. Got to the space in the Centre Alibert in good time and felt fine as soon as I arrived but with an hour had to go. Pointless anyway. Model couldn't hold the pose for longer than 15 mins and didnt want to be there. I'd have been better off with a still life but simply went back to bed.

Having a deal of trouble with the Alet Casino expo. The works ready and I know where its all going, Ryan and Alecia are taking and hanging it with me so the hard bits are done. I can't get the invitations printed nor the posters.

Too wearisome to go into but its driven me into a black pit which is absurd. Yolandas notion of  'artistic sabotage' returns.

Again, ill before a show. 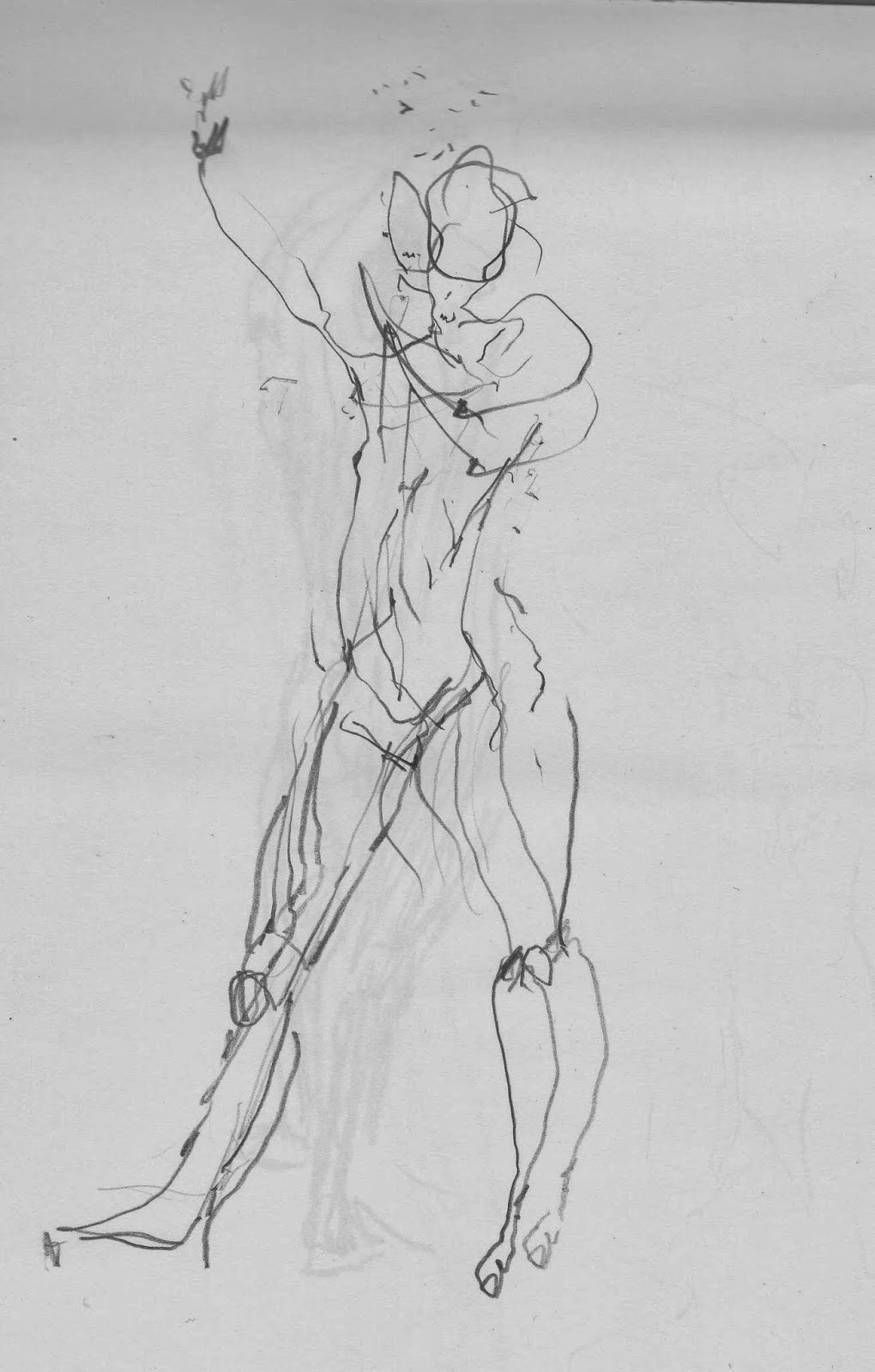 On the plus side, I liked the first drawing I did yesterday. Realised that my stated intent of destroying my facility has been a success. My pencil has become an independent commentator on my response to the model - like automatic drawing -  it kicks in as soon as I start, unselfconciously. Extremely pleased and feel that maybe now I have a direction to work in with this new power.  At the least I will spend more time drawing, perhaps exclude painting for the while.
Posted by vanilla beer at 23:34 No comments: 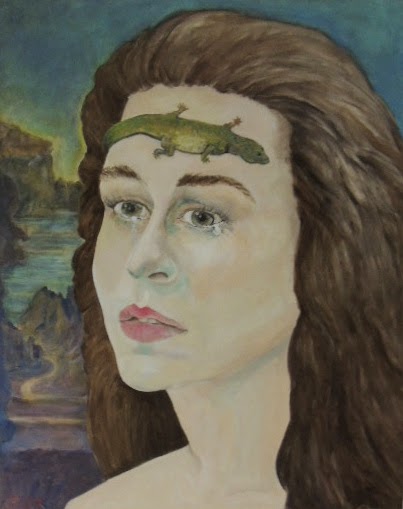 Done! -Or at least, done with. Its called Apres le Deluge
Posted by vanilla beer at 07:58 No comments:

ooooh ooooh oooh think its finished... just a question of finding a way to come to grips with the pseudo-hyper-realism aspects and I think its done. Too frightened to look again. So hope Im right (enough, been too long) Is it too soon to use it for the invite for the Casino show?
Electioneering tonight, tomorrow household day, Friday have to go to Toulouse. Sunday elections. So no time till monday at best. Try to forget it now :)

Posted by vanilla beer at 05:22 No comments: 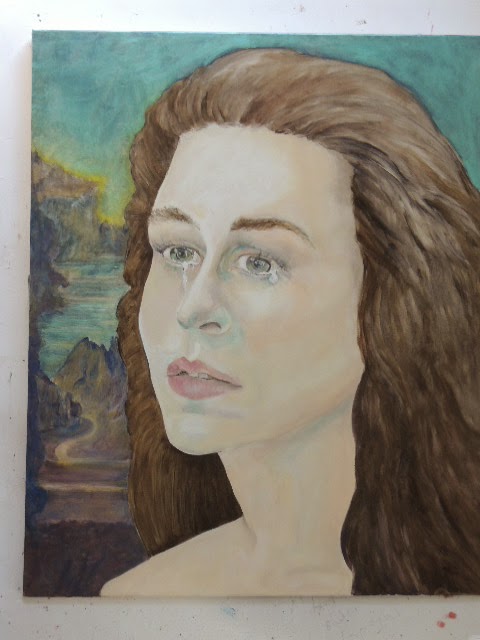 Tuesday generally a good day for work but today I'm stuck with this ridiculously kitch piece which I QUITE LIKE.
Very disturbing.
On the plus side, yesterdays drawing went really well since l felt freed from this tight-arsed fiddling. Clare - the great big one - is a wonderful model and despite the seasonal coughs and colds and  Julius' scribbling and darting about the room,  held it together. Worked in tiny amounts of time over a deal of paper, not looking; results pleasing though I doubt that they are any use to me.
Posted by vanilla beer at 05:17 No comments:

Spent the day by the sea - did a poxy watercolour (tho I really enjoyed doing it, rather sadly. It was a balancing act of paintbox, brushes, pad and sand avoidance.) Yesterday knocked back the kitchy colouring on the weeping woman and it looks even sillier and regretably I'm still attached to it; on which subject have resurrected Narcissus and (successfully) done a Dorian Grey attic pic in the reflection, I think.
Day before, back to the Corot - lashed out on the catalogue (they had a calalogue!) (35 euros)
Found the Ceres Franco collection upstairs at the Beaux Arts, great fun, Checked the Corbet in the permanent collection. He was a magician.
List of things to deal with gets longer.

Posted by vanilla beer at 13:40 No comments:

.. the weeping woman is unassailably kitch. I knew this would be difficult but it must be avoidable somehow.
So far Ive collaged the face by cutting them from magazines and mixing them, so theres a face based in real women though come to think of it, they are all fashion models so already processed. That could be the error but I didnt want ONE woman nor to have to make her up. Seemed a solution.
Used a lot of of damar and stand oil so its surface-slick. Possibly also wrong.
Then in a fit of insight about the state of art-in-me put in the background as a copy of La Giaconda which was fun. No doubt in my mind but that Leonardo scrumbled and made the landscape out of those marks, like Max Ernsts fabulous landscapes. Done too bright as I intend to glaze it down.
So, all-in-all, how can it not be kitch? Perhaps I should leave it as it is and go to another canvas to re-work the idea.
Going back to the Corot today so out of the studio, will think ont.
Posted by vanilla beer at 01:21 No comments:


Painting mediocre and no time - trying not to get antsy - got masses of paintings ready for next show and want to see them together, maybe, in order to know what direction to take. Drawing a lot. Here are some of yesterdays. New model Philou v thin and pretty good -nice session. 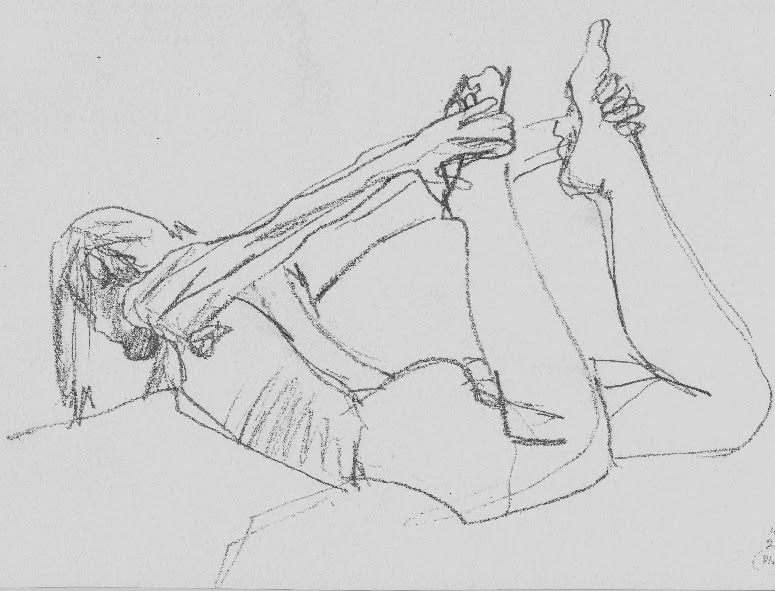 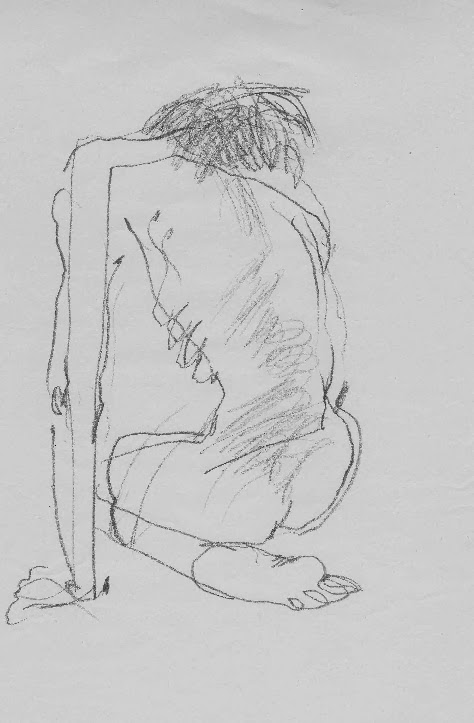 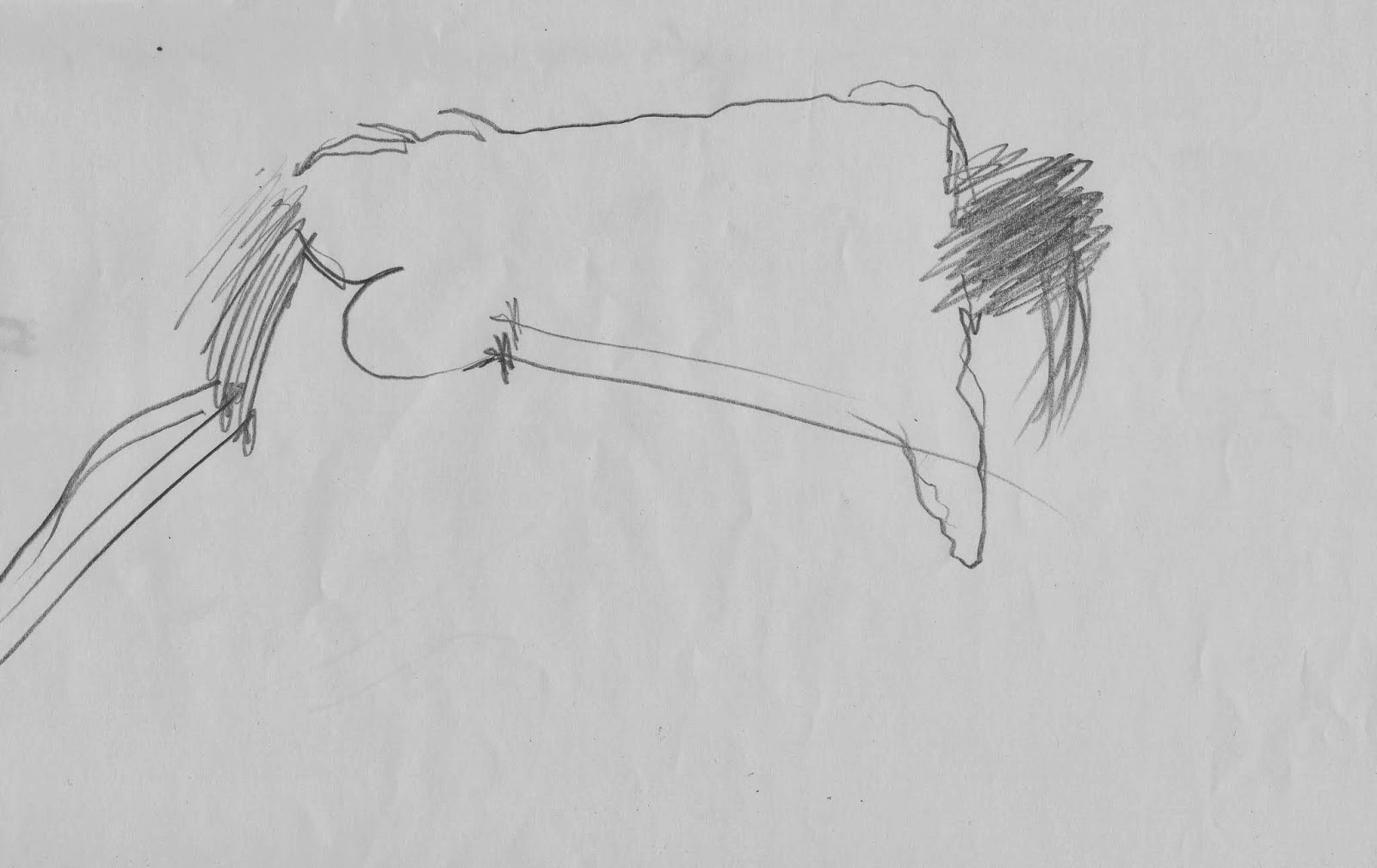 Posted by vanilla beer at 02:42 No comments:

yesterdays drawing a bit better - Chantal the model and shes very good. Lovely body, muscular and rather statuesque. She has a tendancy to look pissed off with a slightly heavy jaw which makes her interesting rather than twee. She picks very open poses and holds them well. So,worked quickly and did a lot without examination, always a good ruse, results not advancing me any but pleasing if not useful.
Still not actually working though I have crept into the studio a bit, chased myself out today because desperate to see Corot at the Beaux Arts. Took the 10.30 bus, hung about in Carcassonne waiting for the place to open at 2.00, rushed off to catch 3.40 back.Really worth it. He has a Daumier-like quality when hes good, in the way he blocks out dark areas to allow sky or whatever to show. The expo features the work of another artist who often painted alongside him and the works were shown side by side, hugely useful in distinguishing between the very good and the masterly.
I'd won some money the day before - £25 on a premium bond which inspired me to go and buy a cash card which had four right numbers netting me 100 euros. Bought 24 euros worth of arts magazines, how shocking is that (could have bought a load of paint) Nice though, Vincent by Le Figaro and Dore by Beaux Arts, plus the galleries directory and some other stuff. One the bus realised I really need a show to get the work moving again which was when Stephan rang from the Casion offering an expo - seeing him tomorrow. Was thinking of something a bit grander -!- but its better than nothing and I like it there.
After a rattarsed night last night with various friends having to drink fruit juice and eat soup today. Just recovering. Loads happier though
Posted by vanilla beer at 14:34 No comments:

Atempts not to work have failed. Found myself hanging around studio and realised that I liked the smell. Also, was bored.
Went to a gallery do tonight - friend Jean-Noel Cuenot is an animator and v good too - many mates there. Probably drank too much or not enough. Anyway began a big drawing which had taken me hours and may turn out useful, time will tell. Need to think on't and then change materials to complete. Now cross-eyed with sleepiness.
Posted by vanilla beer at 14:42 No comments: