Poor Bob in Blighty for 9 days - did several pages yesterday, helped through the thicket by the pause - afterwards it seemed easy. Lesson learnt. Today is Pats funeral...
Posted by vanilla beer at 23:45 No comments:

Making some headway - helped and not-helped by Bob being ill. He needs attention but its sporadic and the rest of the time is mine own. Did several pages yesterday - some fillers, some need clarification. I'm scenting the end, and would like this done.
Posted by vanilla beer at 23:47 No comments: 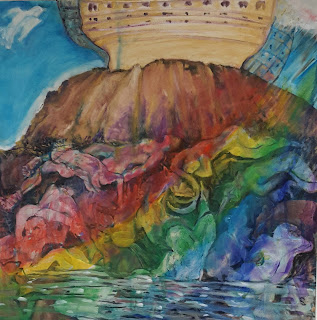 Done - too dense to do any more to it and don't want to.

Restarted work on book and have a rising sense of panic, the cyberneticians comments which I hadn't looked at before now mean quite a lot of changes on what's been done and I was hoping to just press on. So am pressing on. Will manage the rest when I'm more in control.
Posted by vanilla beer at 08:52 No comments: 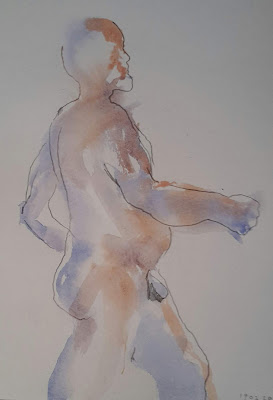 Drawing yesterday, (Tore, Aileens brother)  as a way to resume normal life. Couldn't stop thinking of the young Indian artist I met who drew with a tiny squirel hait brush and whose aim was to load it with as much paint as possible so that a line could be continuous.... he, poor chap, had to sell everything he made or starve. (He gave me one and I took it - thought it was a matter of pride as we were talking shop but now I'm ashamed) 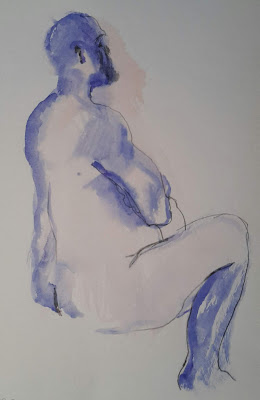 Resolved to give up drawing until I've sold them all. There are 8 trillion in the studio alone, let alone those in storage. Am using a trick of Rodins, cutting them out and mounting them. Works for some, not all. And they should be framed and lifes too short...
It is time to stop though. The winter project is about to be resumed - the cartoon book - and the sojourn in India has made it late. This is REALLY the final winter. 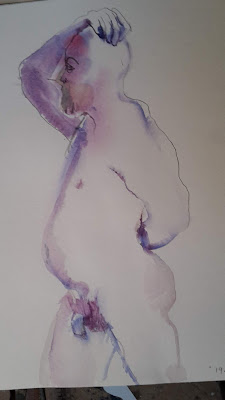 This morning finished the noahs ark pic and messed with the painting for the Toc et Clochers. Cleaned up, a bit.
Most of the morning spent finding, scaning and sending photos of Dave for use at his funeral.
I took him so much for granted.

Posted by vanilla beer at 03:18 No comments:

Back from India - didnt die there after all - masses to do of course before retunring to work. My palette will need to calm down, they sure do colour out there.
Posted by vanilla beer at 23:46 No comments: