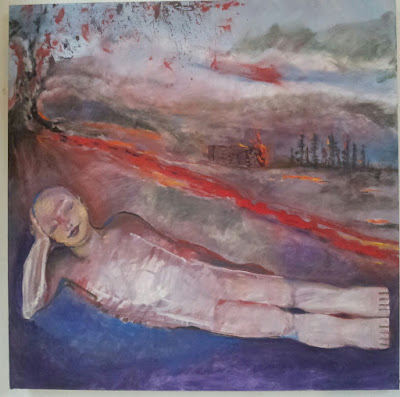 possibly finished - lacking helicopter and some facial issues - and St Ann, possibly with toothache, def finished. Started work on a pretty saint - all I know about her was that she didn't get martyred (the attempt failed) and that she was Spanish. Why not be pretty? Young women often are. 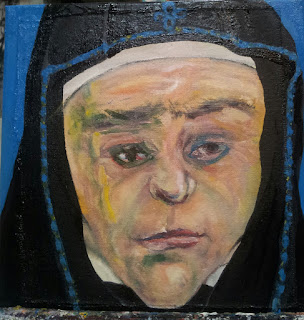 Interviews with Ariel are finished now, no idea when the results will be published. I suppose I will be told.
Posted by vanilla beer at 02:03 No comments:

reasonable couple of days.... coming to a stop for guests. Again. Different ones.
Interview with Ariel carried on yesterday, not quite sure what hes up to - hes been through my sites and publications and now knows more about me than I can remember. He wants to come back again - I should find out how many words hes aiming at before we start having a regular slot. Its a bit weird.
Oh had a major and probably final fight with TC, whom I stopped work to skype with. Rather resented that and by the time I'd listened to his Brexit racist rant for the best part of an hour - having begged him to stop - I just pulled the plug. Sad. But hes become impossible. Possibly he's ill.
Posted by vanilla beer at 03:39 No comments: 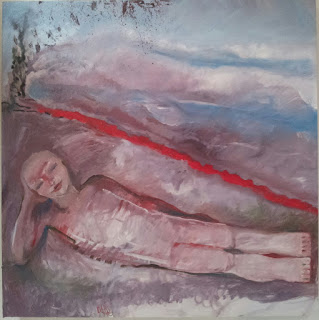 End-of-the-world cracking on, and there is a new head of St Anne mother of the BVM though I don't like it yet.


Since a reclining  Buddha has cropped up, wondering if the 'armless anguish in the crucifixes might be useful.
Probably not, but I liked the photos.

-I have a collection of crucifixes that have been interfered with, either showing signs of devotion or signs of magical interference. Back in the day, a poor person would use a bit of a crucifix to mend whatever part of them, the human, was damaged - don't know how it was administered. The practice was so widespread that before people had crucifixes of their own they would use the public wayside shrines which began to deteriorate accordingly. The church passed something that made this unlawful which shows just how big a problem this was... 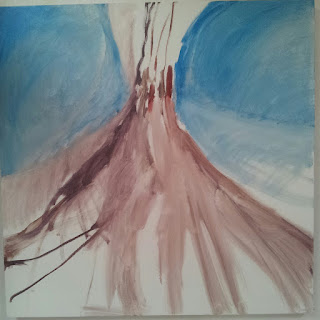 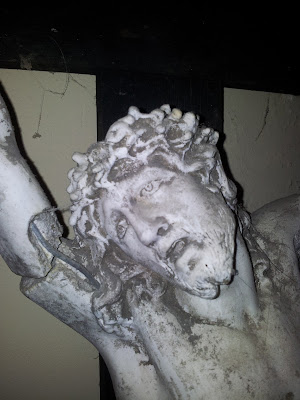 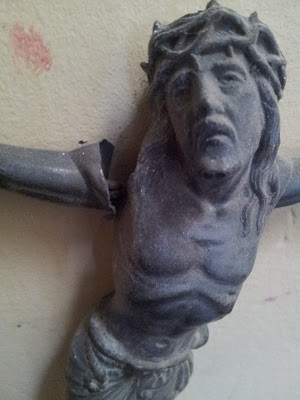 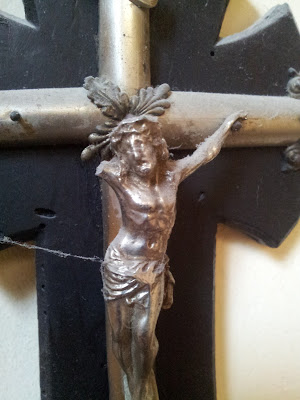 Posted by vanilla beer at 00:27 No comments:

Hoping to get into studio today as guests leave this afternoon... slightly batty with my absence though have a clear sense of direction.
On Monday, Ariel came and interviewed me there for a 'portrait' in a book of people of the Aude. OLD people of the Aude :) He is back again this monday and I really should have changed something before then.
Posted by vanilla beer at 23:38 No comments:

First of the volcanic extinctions under way, looks promising. All work will halt today though and unless Im lucky for the next few... guests for a week. Longer.
I can still plot.
Posted by vanilla beer at 00:09 No comments:

Resting on laurels; guests gone, cleaning to do before next lot. A little time possible next week. Must clean congealed palette today...
dinner last night, discovered Peter D is a Mad Martin fan. Gave me the chance to formulate whats been happening vis-a-vis the 6thxtinction - its all quite coherent, surprisingly, given the tradition of Martin and of Dantes raft, etc - the paintings I've been using as source, as it happens.
Beginning to fret now as I start on the Fire part of the series. Rolling grey dust, vivid red fire lines, corpses like pompei.
Posted by vanilla beer at 23:50 No comments: 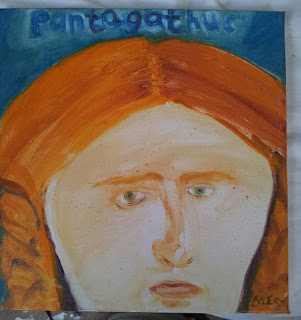 Finished these two yesterday, grumpy saint pantagathus whose history currently escapes me, and a 6th xtinction which is 90 x 90 like the others in series and gives me enormous pleasure. Dead baby just works IMHO.

Which reminds me, found this lino cut done 30 years ago - on japanese tissue which I guess is why its in good nick. Remember doing it, in helpless panic at the thought of facing 40! Ha, what a child; now looking forward to the graces of being 70. 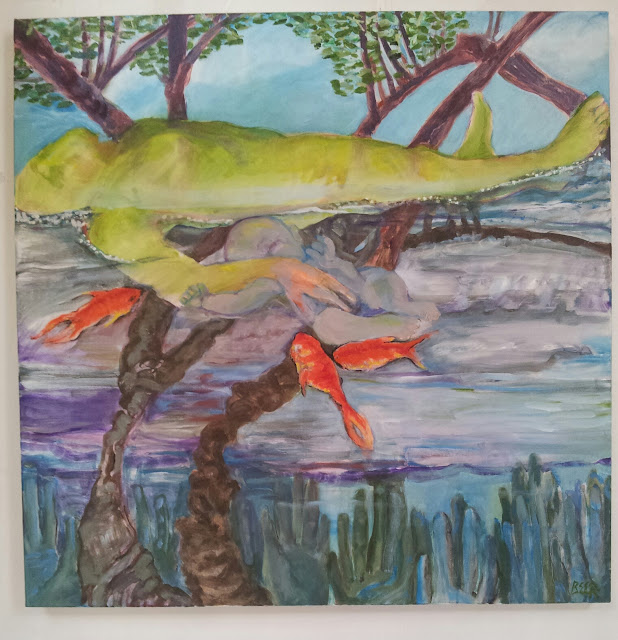 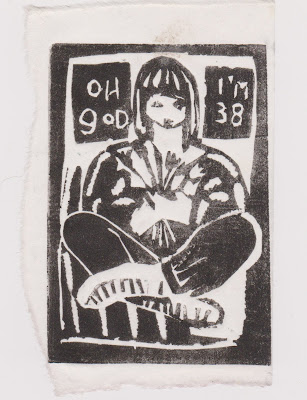 Posted by vanilla beer at 00:00 No comments:

To drawing of Fabienne this morning... iffy at best. Towards the end of the 2 hour session found I was about to faint and had to leave and stand on the balcony until the miasma cleared. God knows what that was about.
Yesterdays painting good, many new canvases ready and several pix nearing completion. Well, two.
Posted by vanilla beer at 04:39 No comments: