Back home!
The work on the go in the studio isnt as good as I remembered alas.
But Allenna here and Claudinne coming so Im not going to get stuck in yet.

Also have a debilhitating cold. I could work, of course - but I won't. Still riding the success of the DRAWN show. The last two days were packed and effective.
Posted by vanilla beer at 00:09 No comments: 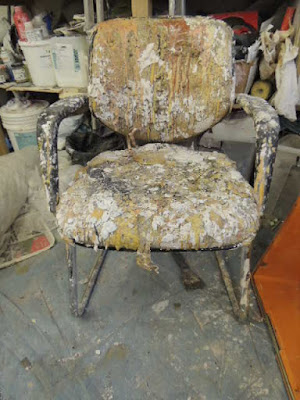 Lianes studio chair... which evoked memories of this chair at the Art Hub Gallery. 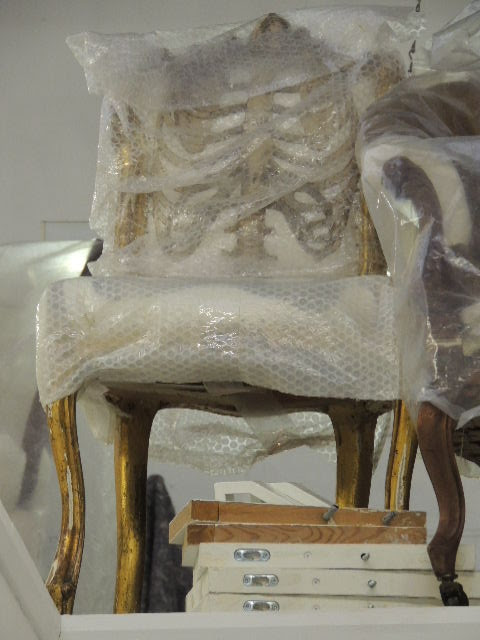 Had lunch with lovely Liane yesterday (here she is in the studio) and very good it was too. Shes a hard worker with a lovely mind :) Her Israeli dealers have introduced the idea of producing work that even an artist can afford, specifically the creator artist oneself, as a challenge to the overtly capitalistic model of the art market. Given that I'm flogging drawings at 50 quid, this was a fine resonance. 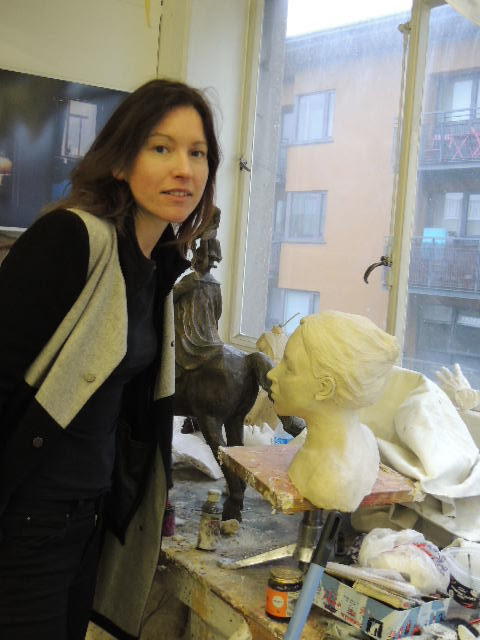 She'd just packed up a load of work to go to Berlin for a museum show - really enjoy her direction, dealing with monuments of the past and seriously tempted to buy one of her small (cheap) pieces. If I sell anymore drawings I will.
Its been good, having the opportunity to talk with artists. The ones that work at the Art Hub are good too though they all have part time jobs to fund their studios which dilutes the quality of the work. Thats my experience anyway, perhaps its not the same for others.
Nearly, nearly, time to go home and back to work...
Posted by vanilla beer at 00:59 No comments:

Opening was on Thursday and went astonishingly well - good turn out .

One fear was that the  large space would have a few folk wandering about and look daft. In the event Toms band, Bull, made a huge difference; people arrived and stayed and there was a strong sense of party. Helen staffed the bar - drinking was fairly slight, I thought - Daisy did the sales. Both good ruses.
Learnt a lot.

Put all the work out at a flat rate - £50 - and people were encouraged by Daisy to put up a red spot when they bought something and to take it with them when they left, when she would wrap it.
It was a bun fight!

Since then, however, I've been staffing the place and its been dreadfully dull. A handful of friends are due to come next week but this week I've had nothing but an oasis of calm...one nice couple with their dog yesterday who bought a catalogue.

Accordingly I've had a chance to look at the work and by and large I think its good. This is a definite improvement in my self-image:) 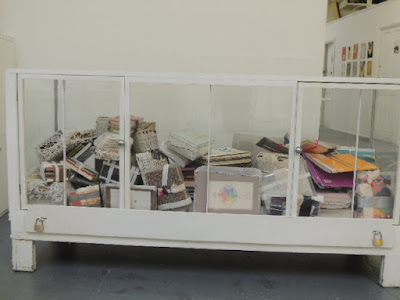 Can't wait to get back to the studio.

Posted by vanilla beer at 23:20 No comments: 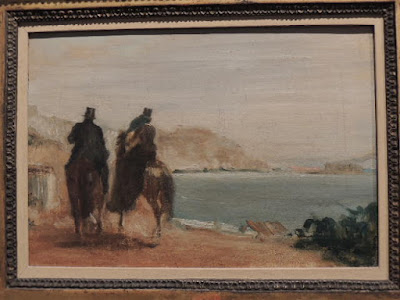 In the UK preparing for expo... which actually means not doing anything till Tuesday and looking at other art in the meantime. The Giacometti at the NPG was amazingly dull for so great an artist. The drawing s from Venice show at the Ashmolean pretty lacklustre.

Liked this little Degas from the collection though so Im not all critical. 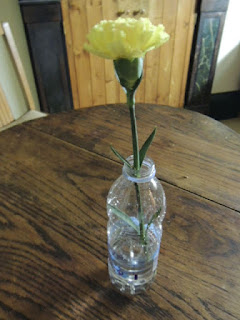 At the theatre - Farinella and the King, fantastic!! - the guy I'd been chatting to in the seat next to me caught this carnation when Farinelli threw them to the audience, presented it to me and said I must put it in my next painting. Here it is as a mnemonic.
Very homesick, very frightened of my show..
Posted by vanilla beer at 01:01 No comments: